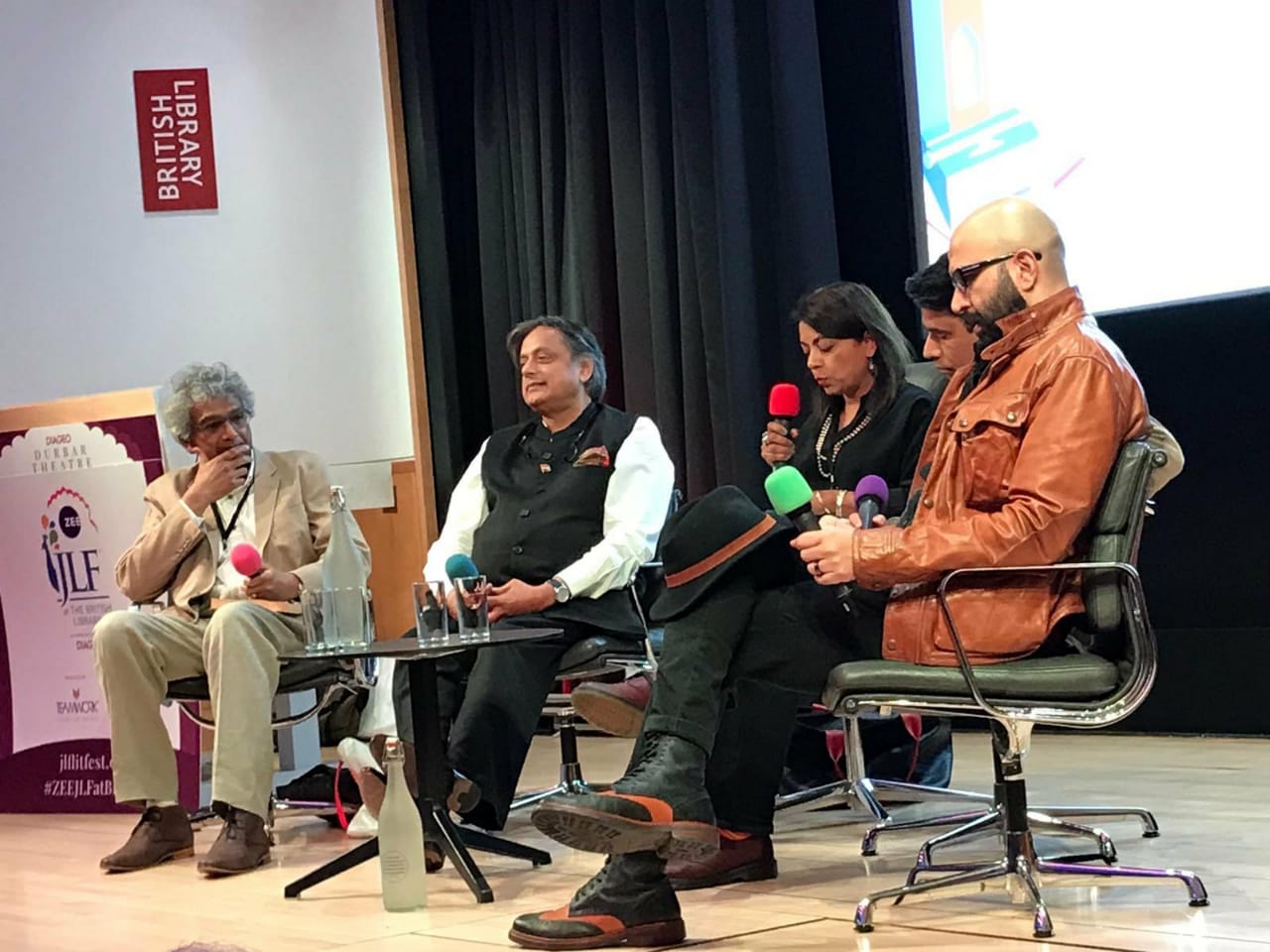 This session was an exciting precursor to the much looked-forward to match between India and Pakistan in the ongoing men’s cricket World Cup. Author and Social Anthropologist Mukulika Banerjee led the session, inquiring how the story of cricket is told.

Banerjee’s first question was to Prashant Kidambi, the author of Cricket Country: an Indian Odyssey in the Age of Empire, a book that describes Indian cricket team’s first tour to England. Banerjee wondered if issues such as nationalism, nation building, the idea of India and the Empire, affected the tour. To this Kidambi replied affirmatively. Further, he remarked how communal representation was the basis for selection of the first Indian team, which took no less than 12 years. He noted how two of the star players were Dalit, an instance in history that has never been repeated again. But at larger, Kidambi said, “this tour was about affirming India’s place within the empire”.

Mukulika Banerjee then turned to British Sri Lankan author Romesh Gunesekera, asking him what made him write his only novel on cricket, The Match. Gunesekera confessed his own amazement that he could write a book with cricket as its subject. “I had small delusions of being a cricketer while growing up, when great icons of cricket were in the West Indies”, he recounted.  This novel satisfied his need to write an optimistic story, and moreover, he felt that cricket as an overriding metaphor was absent in literature, and he had to do something about that before someone else did! Gunesekera shared a captivating reading from his book, which moved the audience no end.

Following this, Banerjee recalled hearing somewhere that for Pakistani cricketers “batting India is battling India”. Men’s cricket matches between India and Pakistan are but an exaggerated manifestation of war. She asked Emmy-nominated multimedia journalist Wajahat S. Khan if that story has changed. Khan, who has co-authored Game Changers with the accomplished Pakistani cricketer Shahid Afridi, said that it has certainly evolved. Khan’s response was two-fold. One, he described Shahid Afridi as the “last action hero”, but who also might have a somewhat “flawed personality,” yet has evolved and “reinvented himself” over these years. In correlation with this, Khan observed that Pakistan’s deteriorating state has much to contribute to how cricket is now and has been in the country. Afridi’s story, hence, is also “of the new scarred Pakistan, trying to play this game well.”

Banerjee asked Indian politician and bestselling author Shashi Tharoor about what his dream team of India and Pakistan would be like, noting that there is a clear distinction in how India conducts itself when Pakistan is visiting, compared with any other team. With this, Tharoor agreed, observing that in present day India, chauvinism is taking over when it comes to cricket. He expressed his worry that while there is a genuine fan following for Pakistani cricket in India, a general attitude towards fair play was now often deemed as “anti-nationalism”.

One of the issues with tomorrow’s match, Tharoor exclaimed, was whether it would bring the worst out in all of us: “We are beyond the time when cricket was beyond this, despite the incredible tension that prevailed even earlier.” Pakistani cricketers are not just any other cricketers for India; both teams have fallen victims to rivalries, observed Tharoor.

Banerjee asked if this change was irreversible, to which Prashant Kidambi replied, in an optimistic tone, “I would like to think not”.