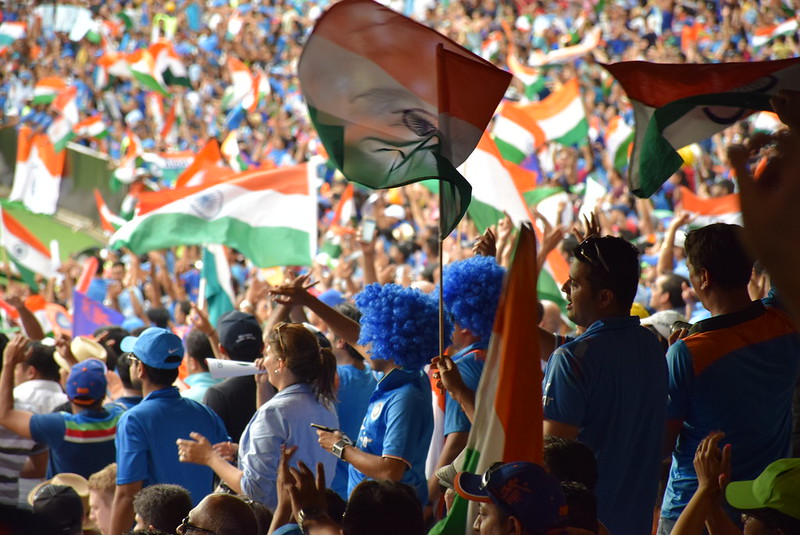 A Religion of Unity

The air is bitter, the hatred palpable. This Indian election season has brought out a divisive rhetoric, visible amongst both politicians and voters. We’ve ‘othered’ each other; anti-national vs patriot, bhakt vs libtard,  Hindu vs Muslim, Dalit vs upper castes. We’ve had acused terrorists contest, Mahatma Gandhi’s assasin lauded, diatribes on Nehru and Rajiv Gandhi. The Indian electorate is divided and angry. Unfortunately, we’re misguidedly angry at each other, instead of those in power who strive to divide us to further their interests.

There is one silver lining though: a month-long sporting event that will bring the country together regardless of their political affiliation. After a gruelling election season, we can unite as Indians to support our team at the 2019 ICC Cricket World Cup.

It’s a funny thing, sport. It’s criticised by several intellectuals as a ‘distraction’, as needless fun and games where players are undeservedly recipients of millions of dollars being pumped in by consumers and corporates. ‘It’s not important’, ‘it’s a façade to hide our real issues’, ‘I wish this money could have gone to building schools’. Well, I wish the latter too, but the sport economy stands on its own. It’s successful because people love this ‘distraction’. Because once a week, or once a year, sometimes every 4 years, communities, cities, nations unite regardless of where they’re from and show their love for their favourite sports teams and players. Our hard-walled social structures collapse when we’re in a stadium, or following every second on TV.

For Indians, this often happens when we watch cricket, and reaches its apogee during the World Cup. We will cheer together as Ahmedebad’s prodigy Jasprit Bumrah bolts down Old Trafford firing in the white ball at 150 Km/Hr. We will watch as Kanpur’s ‘Chinaman’ Kuldeep Yadav plays with the oppostion’s mind until finally outfoxing them with his unreadable ‘wrong one’. We will anticipate a century everytime Delhi’s firebrand Virat Kohli steps out on to the field. We’ll live in hope that we’ll be able to relive the timeless six that Ranchi’s captain cool, M.S. Dhoni, dispatched against Sri Lanka to help us win that coveted trophy back in 2011.

To some it may be a ‘silly distraction’, but if over a billion people cry, laugh, and celebrate together, I for one can’t wait for June when we finally put away our differences and let 15 spirited young lads remind us that above it all, we’re one nation.