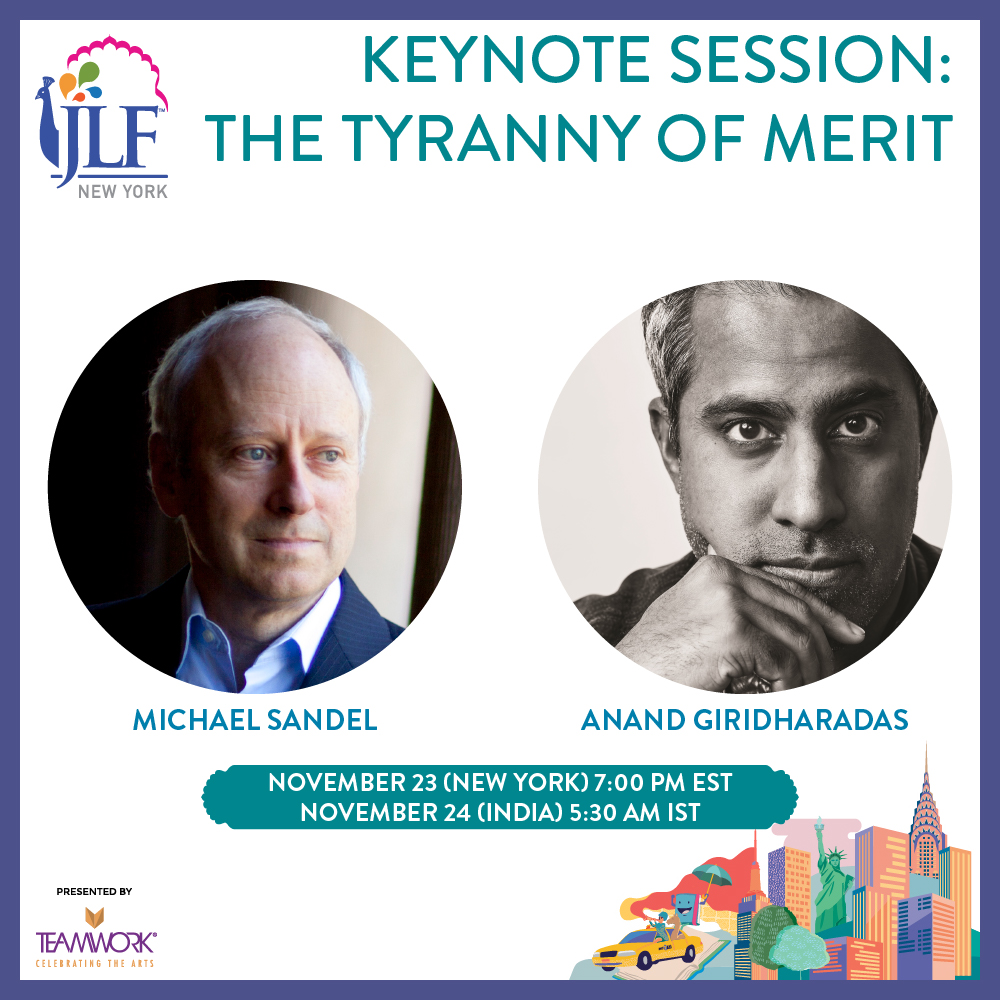 The Tyranny of Merit

In the middle of lockdown, convincing an 18-year-old to switch from Netflix to a session on #JLFNewYork2020 on the ethical structure of society on a Saturday morning is a task most parents would safely say, is near impossible! For me, what made these 63 minutes very different, was the realisation that while a discussion on morals and principles may seem daunting, in reality, it isn’t very different to the arguments one has on the dinner table or between friends.Questions on progress - whether we, as a society, are progressing and even if we are, is it the way we should progress - are all ones we have frequently asked ourselves. It is this in-built curiosity that is entertained as Harvard University law professor and renowned political philosopher Michael Sandel answers those very questions from a very different lens and nuance,and puts you in a not wholly unsavoury yet uncomfortable position, in front of questions that just a little while earlier, had had the comfort of familiarity.

Following the trend of challenging what we have taken for granted, Professor Sandel questions the rather rigid definition of ‘merit’ that we have been accustomed to since childhood. The one that stereotypes success as outstanding grades and degrees from Harvard and Yale, while most other things fall into the category of ‘havingjust fallen short.’ Rather than just tackling this idea of what qualifies as ‘meritorious,’ he goes one step further and elaborates upon the dangerous consequences of allowing merit in any form to divide society into those who made it, and those who did not.

The first problem with merit is how it determines the reward one gets. Currently, just being good at what you do is not enough, you must be good at what is considered good, or successful. Having achieved that, you are meritorious, and your rewards, whether it be fame or wealth, will reflect that. The first flaw in this system is the assumption that everyone has equal access to what we define as merit. However, in a world filled with inequality across race, gender and sexual orientation, access to higher education and white-collar jobs, even with colleges offering financial aid, can hardly be considered equal. And if the allocation of merit is poisoned with inequality, it stands to reason that so is the allocation of the reward. One could argue that this is the consequence of inequality and not merit, which is why it becomes important to question the degree-driven picture of merit itself, and whether or not it is the one society should be painting.

Professor Sandel uses the historical example of a crucial cabinet mission, led by coal workers who did not graduate, to question this very definition and represent the majority of the American population who don’t have degrees from higher educational institutes but still contribute significantly to the country, perhaps more meaningfully than investment bankers trading stocks with unbelievably high-profit margins.

The implications of this are not limited to ‘one’ definition of merit but are common to the divisions created by a society based on any form of it at all. The moment you define what it is to succeed, you immediately sideline all those people who do not fit your definition of success. This separation inevitably becomes conducive for hostility and discontentment to be engendered among people who feel their societies and governments do not value them the way they should. Professor Sandel reasonsthat it is perhaps this failure of the leftist parties around the world to cater to such people that could be deemed as one of the reasons behind thewave that led us to right wing populism leadership and extremism. Even if that is not the case, I do feel it is becoming increasingly clear that the meritocratic structure of society which protects the interests of a corporate lawyer but not of the construction worker who built her office, needs to be looked at again, because even if it does not need tobe re-written, it definitely needs to be revised.