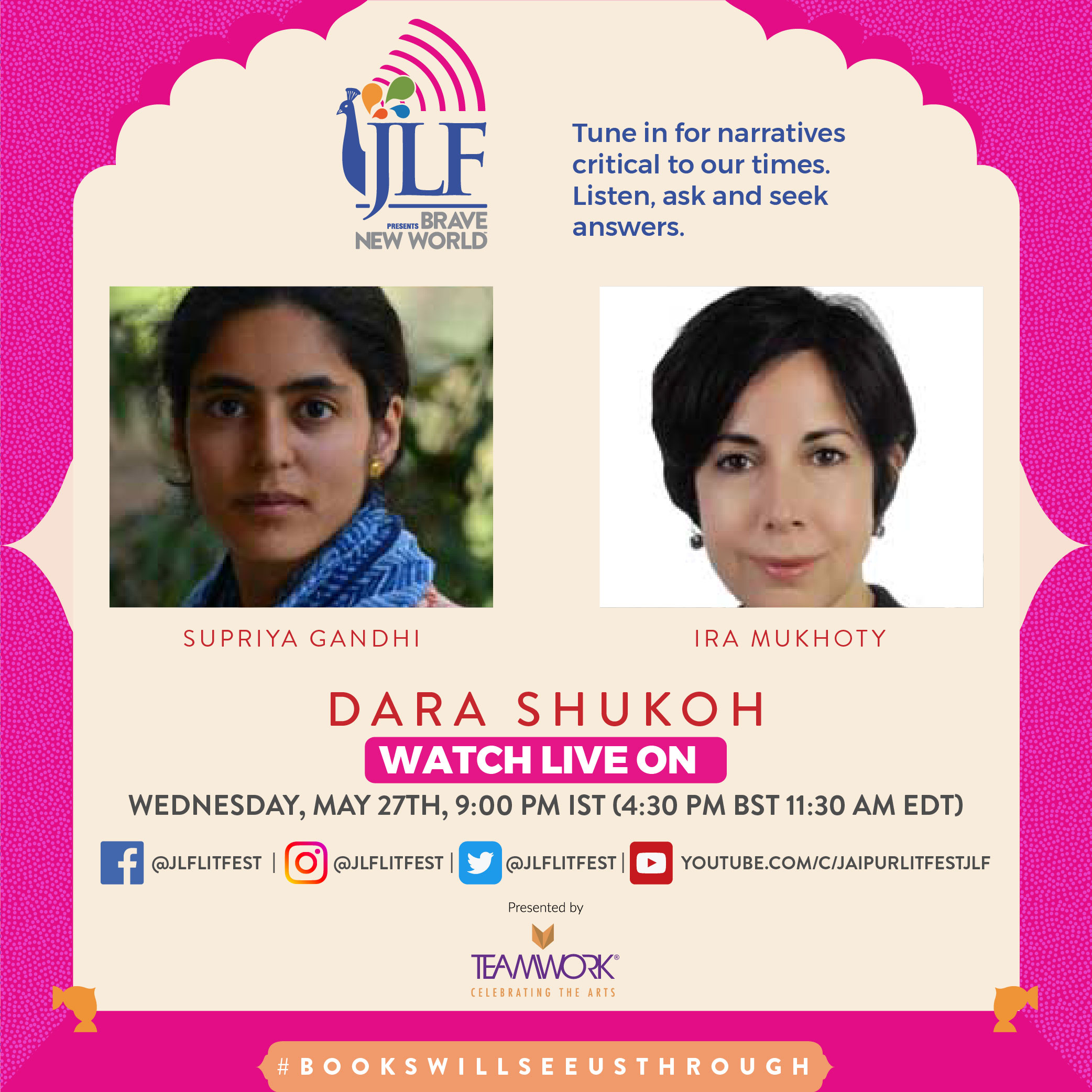 The Emperor Who Never Was: Dara Shukoh in Mughal India

“We have the letters that he (Aurangzeb) wrote to her (Jahanara Begum) when he was a prince and we can see through these letters that she was a caring elder sister. She would send him 'murabbas' and preserves from the imperial kitchen. She would send him the right astrologically significant time for him to enter the city to pay respects to his father. She maintained relationships with both her brothers. She did have a special relationship with Dara Shukoh, but she made her peace with Aurangzeb’s accession and I think she played some role in trying to reduce conflict for the next generation.”

Here were scenes of sibling fraternity which ring far truer than the rattle and clash of weapons that have dominated public imagination when it comes to describing Dara Shukoh and his tumultuous relationship with Aurangzeb which ended tragically with his assassination. After all, while the violence and intrigue fuel entertaining screenplays, that is not the only reality.

Answering Ira Mukhoty’s question about Jahanara Begum’s relationship with her brothers – Aurangzeb and Dara Shukoh, Supriya Gandhi painted this picture of familial life with her reply. The conversation between these two historians progressively dismantled myths about our simplistic approach to much of Indian history. Ms Gandhi’s narration of Mughal chronicles revolving around Dara Shukoh – a mystic prince, killed by his brother Aurangzeb on charges of heresy, followed by the imprisonment of the emperor Shah Jahan are annals that have taken the form of fables. But in reality, these times, and any time in history, have multiple layers of truth and that is what Supriya Gandhi has been uncovering and narrating. Her biography of Dara Shukoh – ‘The Emperor Who Never Was’- shows us the complexity of the age.

As Ira probed Dara Shukoh’s image of a liberal secular Sufi prince, Supriya pragmatically noted that whileDara did model himself on his great-grandfather Akbar, who also wove together diverse cultural and religious strands, Dara was also trying to establish the fact thathis spiritual sincerity towards theKadri Sufi, Mia Mir, and later towards Mullah Shah, was far more than anyone else in the imperial household.Maybe this was to be his strategy for accession to the throne. “It would be difficult to call him liberal or even secular because his project was about crafting a model of sovereignty for himself.”

Watching this conversation at the Brave New World series of #JLFLitFest, I am quite stunned by how much we assume when we think of our collective history. Supriya Gandhi’s beautiful narrative is a balanced and multi-layered study of our past and thank God for it, especially today when history books are getting re-written by one-dimensional political ideologies.

Her book starts with the description of Jahangir desecrating a temple. But in the same chapter she describes him going on a hunting expedition with Hindu rulers. It is clear through the book that there was a deep engagement by the Mughals with Indic intellectuals and its branches of knowledge.

The conversation delves into the imperial household and we discover that the emperor – Shah Jahan - introduced Dara Shukoh to Mia Mir at a time of great personal grief. Dara lost his daughter and sought peace with the Sufi saint. Jahanara sought the saint’s blessings too and though she could not confer with him directly, being a woman, she had paintings of Mia Mir that allowed her to converse. These are portrayals from the inner palace that are humanised versions of what we normally consider distant royalty. Talking of the unofficial chronicles of an imperial servant who was also a disciple of Mullah Shah, Gandhi says, “We can uncover all kinds of intimate details of how the imperial household becomes greatly connected with the household of this Sufi.”

Images of Jahanara Begum having a mystical vision of herself lighting the Timurid lamp, Dara Shukoh translating the Upanishads to Persian, Aurangzeb sending diamond rings and warm messages to Rana Raj Singh and extolling religious harmony in his dealings with the Rajputsare all details of this family that are not widely known. Supriya Gandhi mentions that the impression that Aurangzeb was an austere man, devoid of any artistic interest is overstated and that there is recent scholarship that would prove that Aurangzeb had dimensions to his persona that are hitherto unexplored.

Did Dara have a sense of hubris because of his intellectual achievements and by always being the favoured one of Shah Jahan? Were he and his father complacent and therefore did not foresee Aurangzeb’s treachery? Quite possible, says Supriya Gandhi. Maybe Aurangzeb was just cannier.

It is tempting to conclude that if Dara Shukoh had become emperor, the course of Indian history would have changed. But who is to say that he would not have executed his brothers too, as that was how Mughal succession typically played out? Would we then have still known him as a liberal secular mystic?

The emperor who never was will continue to pique our curiosity and Supriya Gandhi’s book urges more explorations into Mughal chronicles. Aurangzeb’s grave under the open sky in Khuldabad in its austere splendour and Dara Shukoh’s unidentified sarcophagus at Humayun’s Tomb both indicate that these two princes have yet to reveal every detail of their complex lives.