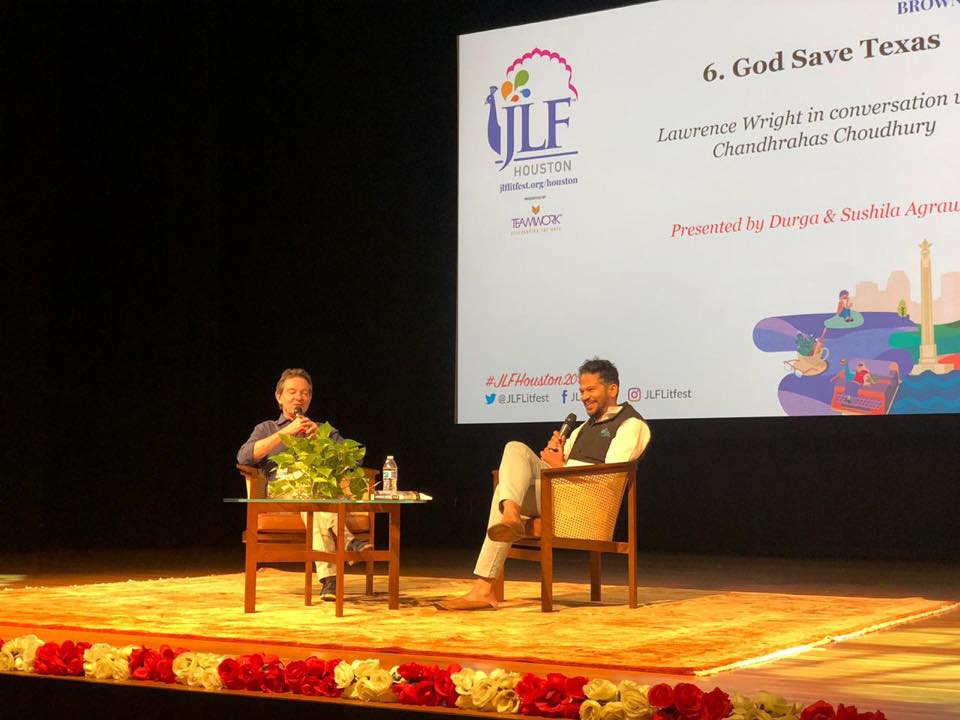 “If I owned Heaven and Houston, I would rent out Heaven and live in Houston”. Having lived in the city for almost fifty years, I can substantiate that claim with my personal, valid reasoning.  And with almost two hundred thousand ‘Indians’ making it home, let the ‘cowboys’ take it as a challenge if they so choose.

The Pulitzer Prize-winning author and native Texan, Lawrence Wright, in his interview with Chandrahas Choudhury, laments the metamorphosis of his once-upon-a-time, distinctly fabled state of extensive landscapes and charming foibles into a virtuously unpleasant region, from others blaming us for the assassination of Kennedy to the Texan drawl and all in between. Our politics has not elected a Democrat since the seventies, and we are being threatened by the brutality of several disturbing changes.

Being addressed as a Texan used to be synonymous with its automatically assumed charm, be it for the cowboy culture, fast-drawing guns, oil fields, hospitality or sheer vastness and its massive dimensions.  In recent years, it has overtaken California in technology, developed into an economy as large as Australia with the Texas Medical Center being the largest in the world, and has earned the distinction of being the global energy capital.  Living up to be a Texan is a burden for almost anyone to justify, a shadow too big to fill. Its economic model of low taxation and minimal regulation has been producing extraordinary growth, attracting steady relocation of people from all over.  The place is also one of conflicting statistics; politically, the Democrats control the cities while the Republicans hold the majority control of the state for decades, where the minorities form a majority, including the largest adherents of Muslims anywhere in the United States.

As he narrates the several unsettling attempts from the Trumpian leadership, Mr. Wright remains optimistic about the impending progressive changes and the possibility of the state gradually turning purple, with the working-class voters realizing the doom and reacting with their votes.  He envisions such a possibility of the tides turning if the Democrats were to pick a moderate candidate: a leader who would pay attention to the declining educational standards, work to improve the dilapidated infrastructure, accept the scientific advice regarding the ubiquitously disastrous climate changes, bring on reasonable gun laws and engage in the many needed social reforms.

To those who have chosen Texas as their home, the discussion turned out to be quite informative of its history, its evolution, its opportunities and its political fluctuations as he concluded it, offering hope for a possible change of fortunes, and for a potentially prosperous future.  The session turned out to be an interesting, intimate, inside perspective from an erudite Texan, whose political opinions may not be agreed by some, but nevertheless worth everyone’s introspection.